In Central and Eastern Europe, you’ll find some of the most spectacular landscapes, architecture—castles, churches and war memorials—as well as some of the most colorful, inviting cultures in the world.  But what’s the best way to see it all? An AmaWaterways cruise down the Danube River, of course.

The journey begins with a guided tour through the beautiful medieval city of Nuremberg where you’ll see the Imperial Castle, the famous town wall and the legendary fountain of the Market Square. For history buffs, there’s a guided tour of the city’s most significant WWII sites, including the Documentation Center Nazi Party Rally Grounds, and the Nuremberg Trials Memoriam and Courtroom 600 (if the courtroom is not in session).

Next, you can savor traditional Franconian specialties including Nuremburger bratwurst, rotbier (red beer) and lebkuchen (gingerbread). While en route to the next destination, Regensburg, you’ll cruise through the man-made Main-Danube Canal.

At Regensburg, you’ll be treated to a guided walking tour through one of Germany’s best-preserved medieval cities.  In Regensburg, you’ll see all the city’s architectural highlights, including the Old Town Hall and the Porta Praetoria. And if all that walking makes you hungry, there’s the old Bavarian specialties to satisfy you—beer, sausage, and pretzels.

Next, take a bike tour to Walhalla where you will see the neoclassical white marble temple inspired by the Parthenon in Athens. (B,L,D)

The journey continues as you cruise to lower Bavaria’s city of Passau, where you’ll enjoy a walking tour along cobblestone streets and see Gothic and Italian Baroque architecture as well as St. Stephen’s Cathedral. If you’re looking to work in a little exercise, choose between a guided bike tour along the Danube, or a guided hike up to the Veste Oberhaus Fortress.

Continuing down the Danube, you’ll next stop at the scenic town of Melk, which is celebrated for its magnificent Benedictine Abbey. The abbey contains the tomb of Saint Coloman of Stockerau and the remains of several members of the House of Babenberg, Austria’s first ruling dynasty.  If you’d like something more active to do, you can join a guided bike tour that takes you through the UNESCO-designated Wachau Valley; or go on a walking tour along Dürnstein’s cobblestone streets to the famed Baroque church tower, Stiftskirche. Later in the day, set sail through the vineyard rich Wachau Valley. (B,L,D)

No trip to Austria would be complete without a stop in Vienna, “The City of Waltzes.” Vienna is a treasure trove and your tour showcases its regal splendors, including the majestic Opera House and the former Imperial Palace of the Habsburgs. Conclude your tour in the designated historic city center and visit St. Stephen’s Cathedral. For a more active exploration, take a guided bike ride to Klosterneuburg Monastery.

The city of Budapest is known as the Queen of the Danube, and your tour begins with a visit to the Great Market Hall. The remainder of this tour takes you to both the Buda (hilly) and the Pest (flat) sides of the river. Alternatively, hike up to Castle Hill for breathtaking views of the city. Cap the day off with an illumination cruise. (B,L,D)

Continue your trek through Hungary with a pitstop in Puszta. Known as the Great Hungarian Plain, tour a genuine Hungarian csárda (farm) run by world-champion carriage-drivers. Afterward, be treated to an unforgettable performance of horsemanship and then experience the Hungarians’ warm hospitality, along with a traditional lunch complete with authentic goulash. (B,L,D)

From Puszta, set sail to Mohács where you’ll enjoy a scenic morning cruise past a town sprinkled with magnificent churches, including the 18th-century Baroque Protestant church, the Roman Catholic church (1776), the Serbian Greek Orthodox church, the votive church (1926), and the Avas church with its bell tower.  Next, you’ll cruise to Pécs, a city founded more than 2,000 years ago by the Romans. In Pécs, you’ll find a city filled with historic architecture including the Christian Necropolis; St. Peter’s Basilica, the city’s main Catholic cathedral along with its catacombs; and Széchenyi Square, the heart of Old Town Pécs. For wine connoisseurs, there’s the Szekszárd wine region, one of the oldest red-wine-growing areas in Hungary, established more than 2,000 years ago.

The beautiful Baroque Croatian city of Vukovar is situated at the banks of the Vuka and Danube Rivers in the region of Srijem/Syrmia.  Known as the “hero town” for the valor of brave Croatian civilians and volunteers during the 1991 war with Serbia, your city tour will include important war landmarks such as Ovčara Memorial and Eltz Castle. Or, you can opt to go wine tasting in Ilok, a center of wine production since Roman times, where you’ll sample its famous Grasevina, Traminac and Frankovka wines. Back on board, cruise to Novi Sad, sometimes called the “Serbian Athens.” Discover Novi Sad on a walking tour to Dunavski Park and through Stari Grad, the Old Town center. If you prefer a more active exploration, join a guided biking or hiking tour. During the evening, visit Petrovaradin Fortress. (B,L,D)

Explore Serbia’s capital, Belgrade, on a city tour that includes the Kalemegdan Fortress and the Serbian Orthodox Temple of St. Sava. Later, choose from three intriguing excursions. Visit the Royal Palace, the official residence of the Serbian Royal Family; and then tour the House of Flowers, the mausoleum of Marshal Tito, who became the first President of Yugoslavia. Or enjoy a taste of the region by sampling Serbian plum brandy, Šlivovitz, and delicious local delights at the Quburich Distillery. For those wishing a more active adventure, join a guided bike tour. (B,L,D)

Enjoy a full day of scenic cruising as you pass through the Iron Gates, one of Europe’s most awe-inspiring natural wonders. At the Iron Gates, the Danube narrows as it winds through a series of magnificent gorges between the Carpathian and Balkan Mountains.

Explore Vidin, one of Bulgaria’s oldest cities, and surrounding areas with a choice of excursions. Discover Baba Vida Fortress, the largest preserved medieval castle in Bulgaria. Continue on to Belogradchik, one of Bulgaria’s natural wonders, where you can hike around its most spectacular rock formations. Alternatively, visit a local home for a demonstration of traditional Bulgarian yogurt and Banitsa, a pastry you will also get to make. You also have the choice to bike through Vidin and to the castle. (B,L,D)

Visit Bulgaria’s ancient capital, Veliko Tarnovo, with its medieval fortress and multiple orthodox temples. You can opt instead to go to Rousse, known for its 19th- and 20th-century Neo-Baroque and Neo-Rococo architecture, and then afterward visit the Rock-Hewn Churches of Ivanovo with frescos revealing exceptional artistry of 14th-century paintings. (B,L,D) 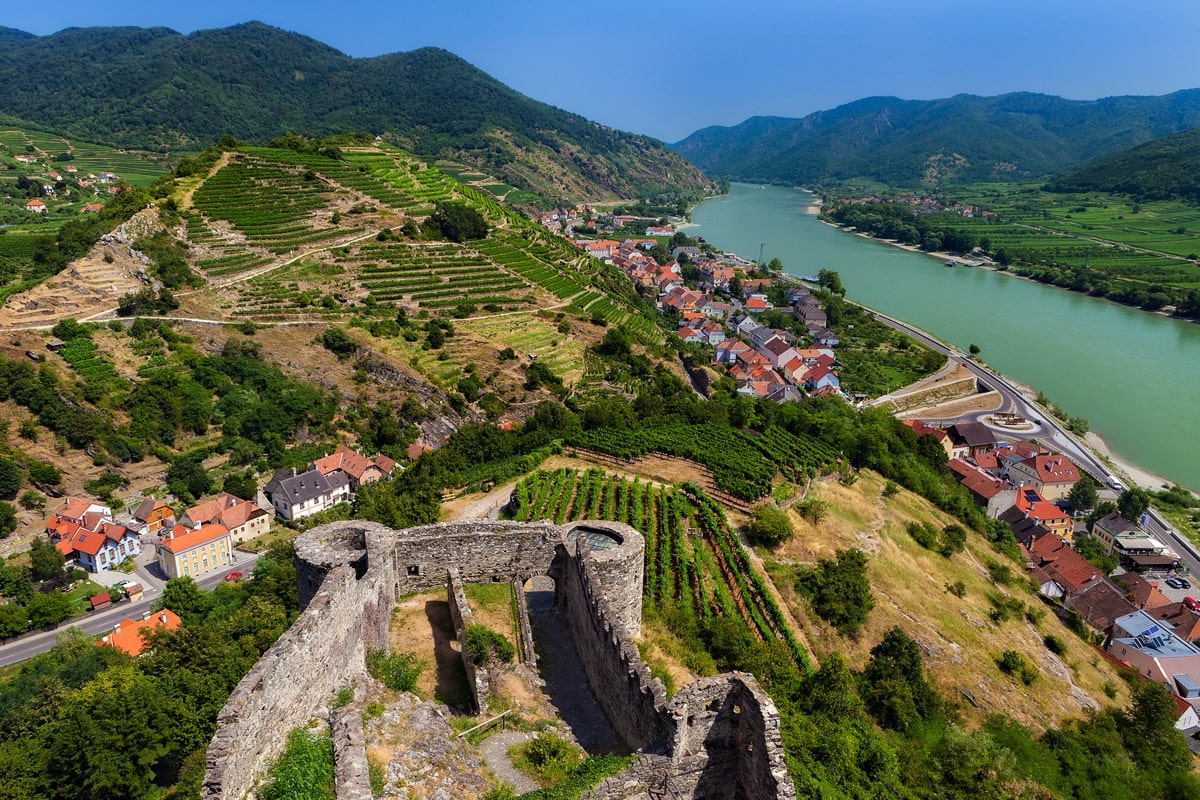 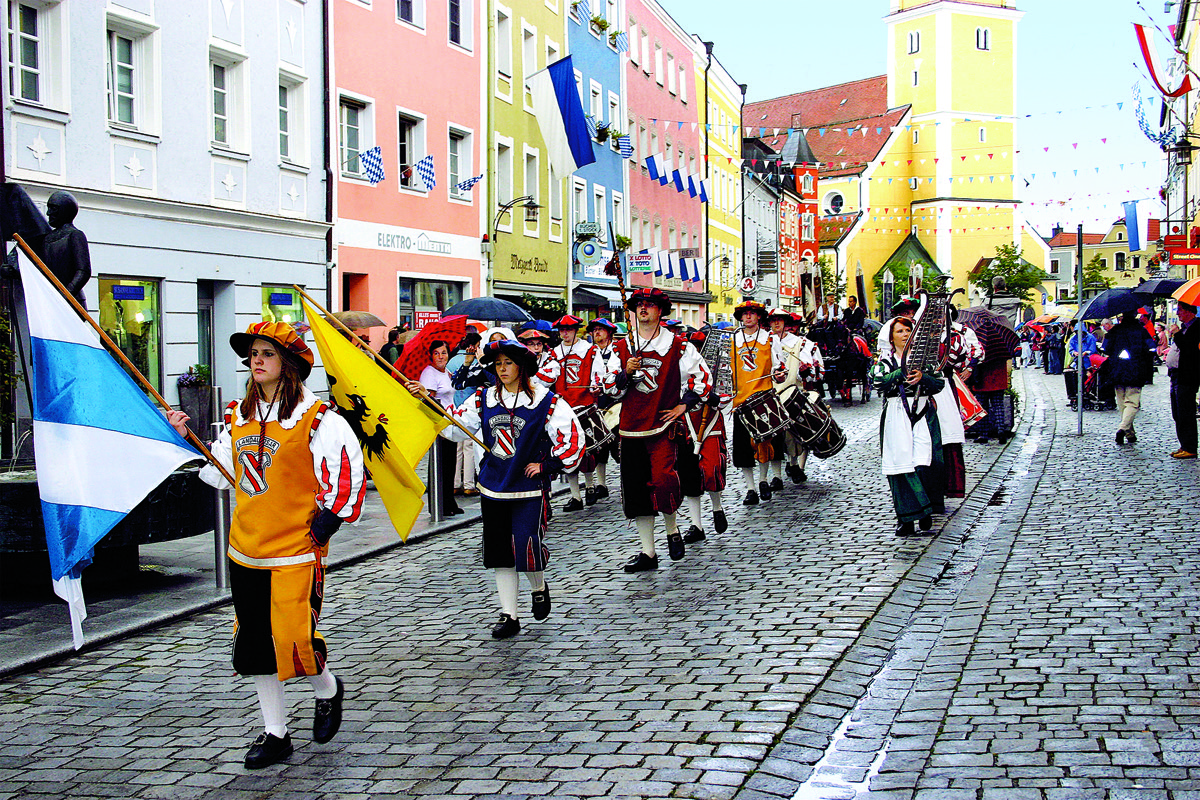 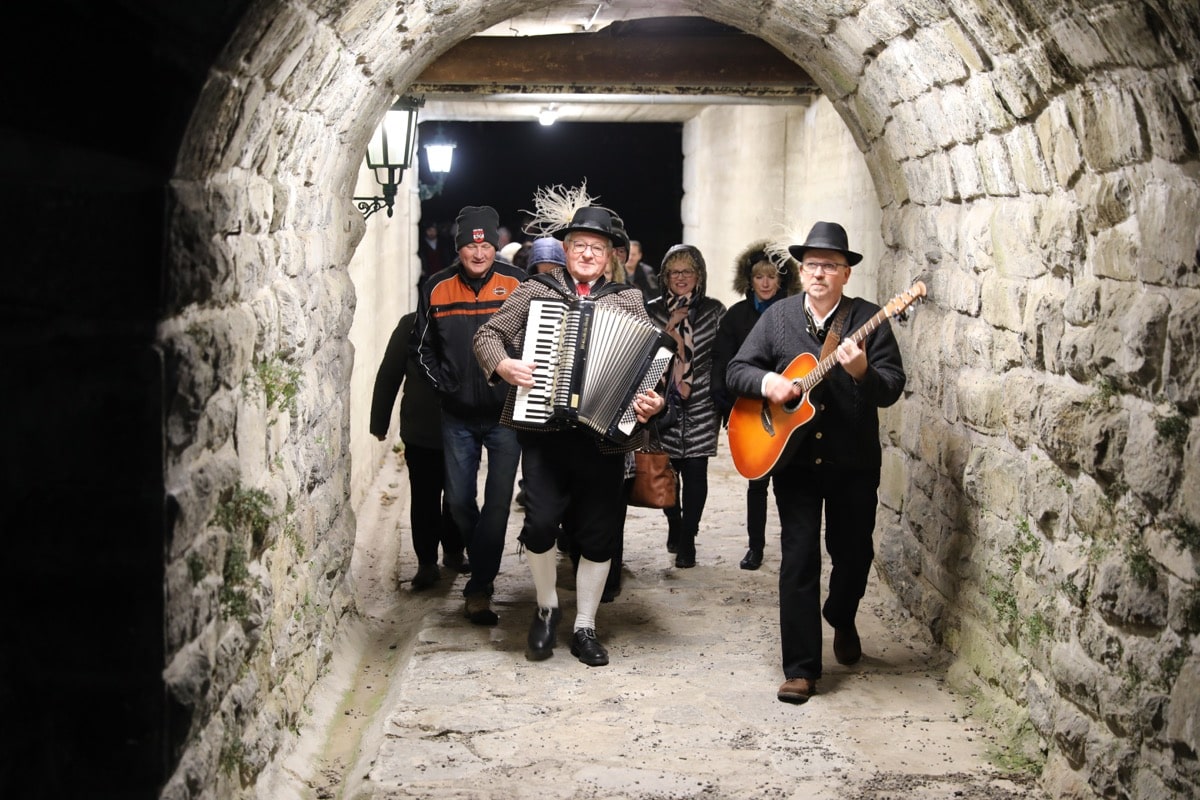 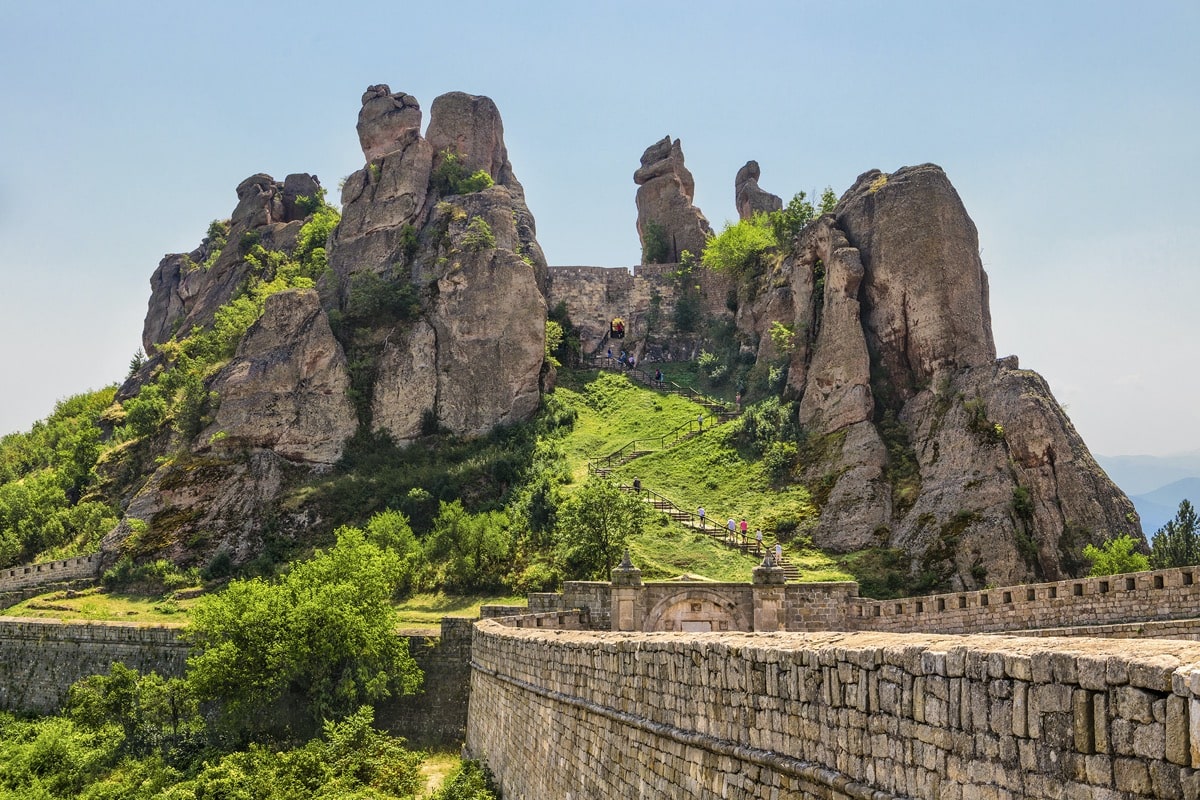 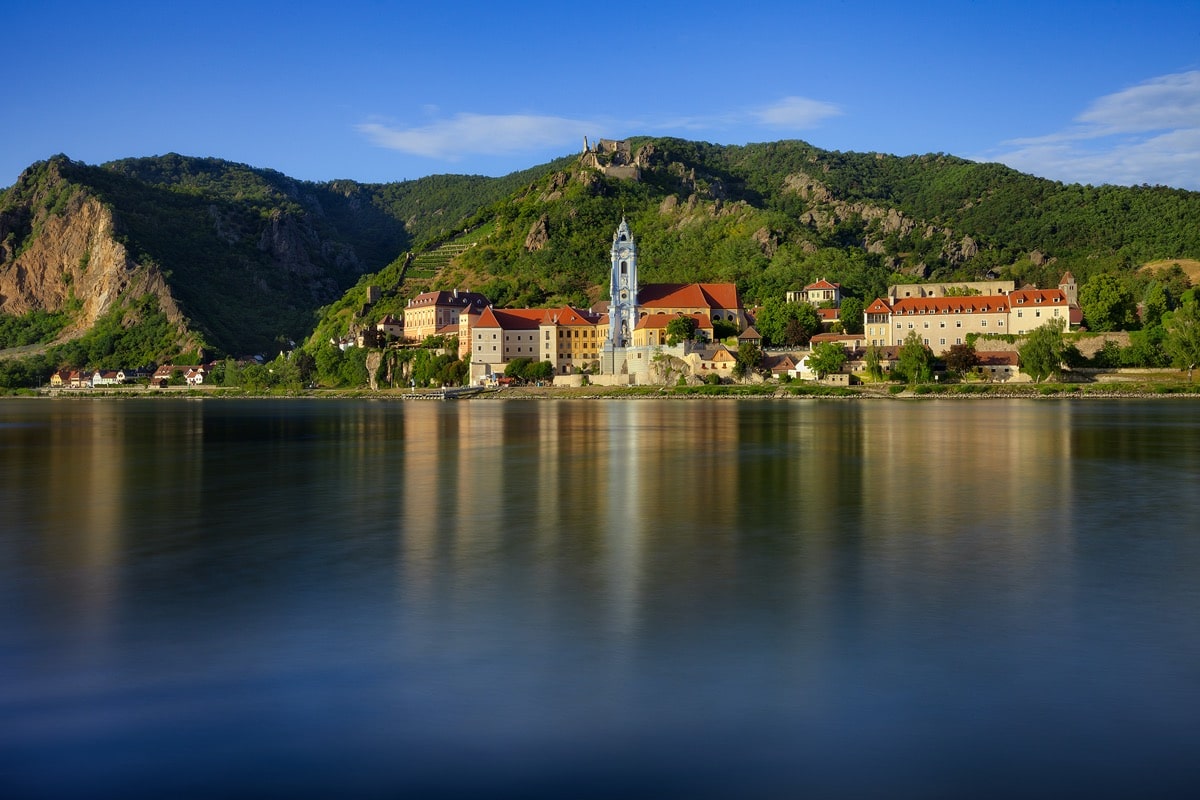 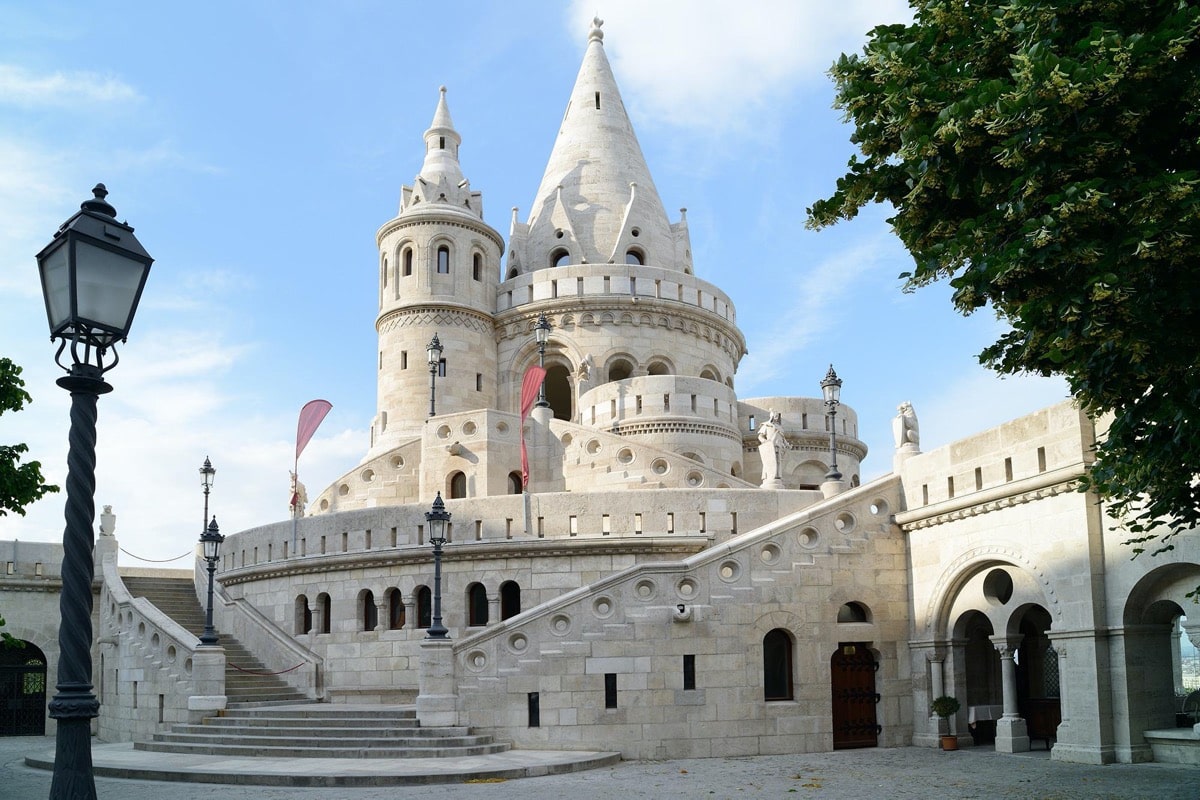